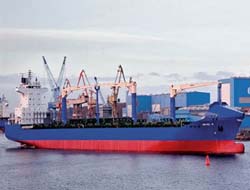 Arkas Holding has added two more vessels to its fleet, M/V Michel A and M/V Jean Pierre A, each with a capacity of 1,604 TEU.

ARKAS INCREASES CAPACITY OF ITS FLEET TO 26392 TEU

Arkas Holding has added two more vessels to its fleet, M/V Michel A and M/V Jean Pierre A, each with a capacity of 1,604 TEU. As with the other 21 vessels in the Arkas fleet, these two new ships will also carry Turkish flags.

Arkas, one of the leading Turkish international transport company that is specialized in container shipping, received delivery of M/V Michel A and M/V Jean Pierre A in a ceremony at the Peene-Werft shipyard in Wolgast, Germany. As a result, the Arkas fleet has now increased to 23 vessels and the total container capacity has reached 26,392 TEU. Arkas will have a total of four vessels built at the same shipyard within the next two years, increasing the number of its vessels in its fleet to 27.

In his speech at the delivery ceremony, Lucien Arkas, Chairman of the Arkas Board of Directors, said that ?these new vessels will strengthen the liner services between Turkish ports and ports in the Mediterranean.? Lucien Arkas said, ?We started the first container shipments from Turkey to Northern Europe in 1978 with a vessel that had a capacity of 200 TEU. After that time, vessels changed rapidly and grew in size. These two vessels that we have received will serve in the Mediterranean under EMES, our company that operates shipping lines. We will continue to increase the capacity of our fleet and the number of services we give.?

Technical Specifications of M/V Michel A and M/V Jean Pierre A: 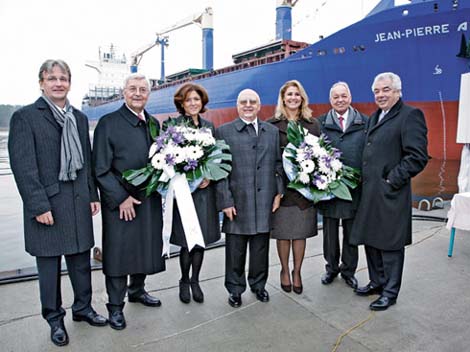 www.TurkishMaritime.Com.tr
This news is a total 1651 time has been read