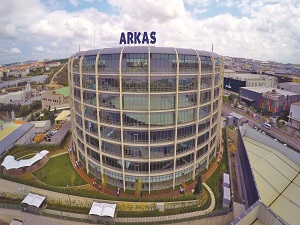 Arkas Holding and IRISL, which is a maritime company of Islamic Republic of Iran, dissolved the partnership.

Within the scope of developing relationships between Turkey and Iran; the shares of the IRISL Anadolu Shipping Agency, which was established in 2016 by Arkas Holding and IRISL that is a maritime company of Islamic Republic of Iran; were transferred to Iranians.

Within the framework of the US embargo on Iran, shares of the IRISL Anadolu Shipping Agency that both Lucien Arkas and Bernard Arkas took part in it as partners on behalf of Arkas Holding; were transferred to Soheil Sana, Representative of IRSL, with the announcement on the 9643th copy of Turkish Trade Registry Gazette which has been published on 15.08.2018.