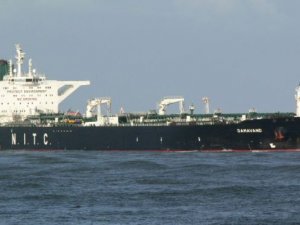 With Iran ready to resume business as usual with the world under a historic nuclear deal, Tehran will target India, Asia's fastest-growing major oil market, and old partners in Europe with hundreds of thousands of barrels of its crude.

Iran expects the United Nations nuclear watchdog to confirm on Friday it has curtailed its nuclear program, paving the way for the unfreezing of billions of dollars of assets and an end to bans that have crippled its oil exports.

Tehran plans to lift exports by 500,000 barrels per day (bpd) post-sanctions and gradually raise shipments by the same amount again, adding to a global glut and likely putting more pressure on oil prices which have already dropped 70 percent since 2014, to below $30 per barrel.

A senior Iranian source close to supply negotiations said that the country - which has the world's fourth-biggest proven oil reserves - was targeting India as its main destination for crude.

"Indian crude demand is growing faster than other Asian countries. Like our competitors, we see this country as one of the main targets for Asian sales," said the official, who spoke on condition of anonymity.

Iran hopes to raise its exports to India by 200,000 bpd, up from the 260,000 bpd currently shipped under sanctions' restrictions, the official said.

At the right price, Indian refiners said they were keen to import more from Iran, as demand for fuel soars on 10 percent annual growth in car sales, a rate that is now faster than China's.

"We have a long-lasting relationship with Iran and post lifting of sanctions we will evaluate the scenario," said L K Gupta, managing director of India's Essar Oil.

"It makes sense to buy oil from nearby options (like Iran)," said H. Kumar, managing director of another Indian oil firm, Mangalore Refinery and Petrochemicals, but added "intake will depend on prices."

The Iranian official said there was not much room for major export increases to China, South Korea or Japan due to slowing demand and also because of a shift there towards more non-Middle East crudes.

A South Korean refinery source confirmed he did not expect a big increase in Iranian supplies, largely because of plentiful alternatives.

A Japanese refiner said that his firm could only take Iranian deliveries once it had insurance in place, which could take time.

Iran already trades limited amounts of oil mainly with Asian buyers legitimately under sanctions, but its crude exports have fallen to just over 1 million bpd, down from a peak of over 3 million bpd in 2011, pre-sanctions.

The Iranian official said Tehran planned to revive supply deals with European partners in order to ramp up exports.

Prior to sanctions, Iran was exporting up to 800,000 bpd to Europe with the main buyers being oil majors Royal Dutch Shell, Italy's ENI and France's Total Greek Hellenic Petroleum and Spain's Repsol and Turkish firms.

Most former buyers have repeatedly said they would be happy to resume imports but commercial details could be discussed only after sanctions are lifted.

Iran's Mehr news agency quoted officials from the National Iranian Tanker Company (NITC) as saying on Friday that as soon as sanctions are lifted some 200,000-220,000 bpd would be exported to France, Britain, Italy, Spain and Germany.

Shipping industry association BIMCO confirmed that European clients would be among the first post-sanctions.

"Former clients of Iran are the ones who are likely to return as buyers... Italy, Spain and Greece were the top EU importers in 2011," said Peter Sand, BIMCO's chief shipping analyst.

ENI, Repsol and Total were some of the companies with the biggest delegations at a conference in Tehran last November, during which Iran published new terms for foreign oil investors.

Prospects for exports to the Americas, never a significant market for Iran, appear slim. Not only do U.S. sanctions unrelated to the nuclear issue remain in effect, but the region is already inundated with supply from soaring U.S. and Canadian production.

In a cut-throat market, Iran may also find it difficult to sell its oil as the heavy grades it mostly offers are in low demand.

Within the Middle East, traders said Iran's main competitor would be Iraq, which has successfully returned to Asian markets in recent years, with exports rising above 3.5 million bpd.

In Europe, traders said Iran's crude would compete mainly with Russian Urals and Iraqi grades, which are competitively priced.

In China and India, strong passenger car sales are fuelling gasoline demand, while a slowdown in Asia's heavy industries means slower demand for diesel, which heavy crudes are often used to produce.

Iran does have light crudes, but needs them for itself to reduce gasoline imports.

Either way, Iran adding to an over supplied global oil market is bound to put more pressure on prices.

The Barclays forecast was validated in the short term by trading on Wall Street Friday, as oil prices dove below $30 a barrel, dragging major equity indices around the world sharply lower.

Major stock indices in Europe and on Wall Street tumbled more than 2 percent while crude prices slid on expectations Iran will increase oil exports once international sanctions are lifted, possibly within days.

Yields on the benchmark 10-year U.S. Treasury note were poised to fall below 2 percent and gold rose as retreating oil prices and equity markets underpinned demand for assets perceived as safer.

The December futures contract on the federal funds rate surged to its highest since October, implying the Federal Reserve will raise rates only one more time this year.

The Australian, New Zealand and Canadian dollars all sank against the U.S. dollar on the back of another slide in Chinese stock markets and the slide in oil. But the dollar fell against both the euro and yen.

This news is a total 7542 time has been read Golar’s Brazil FSRU in third STS LNG transferGolar’s floating storage and regasification unit that is supplying the Sergipe power plant in Brazil has recently received another cargo of LNG via a ship-to-ship transfer.

Chemical tanker quarantined in Brazil for over a monthStena Premium, a chemical/oil products tanker of 65,055 dwt, built in 2011, remains in the Port of Cabedelo, Brazil, where she has been quarantined since April 27 due to positive cases of Covid-19 on board, according to the ship’s manager Northern Marine First Iranian Tanker Docks in Venezuela Without IncidentThe first of the five Iranian product tankers, the Fortune, arrived in Venezuela docking at the El Palito refinery while according to reports a second tanker, the Forest, has also entered the country's waters.