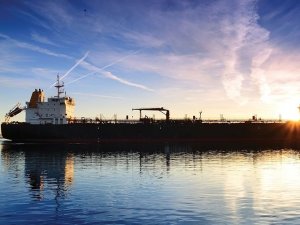 The benchmark Worldscale index of rates for very large crude carriers stands at roughly 59 for Middle East-Far East routes, down 16% since mid-November.
The index had surged starting in late September as exporters sought to secure tankers ahead of an anticipated rise in shipping demand. The figure surpassed 70 by late October, soaring 70% in one month.
But expectations for higher crude oil prices have been tempered by a rise in capacity available for ramping up U.S. shale oil production. Though OPEC, Russia and other producers agreed Thursday to extend their production cuts through the end of 2018, no rush to secure tankers is apparent even as the Northern Hemisphere enters the winter heating season, shipping brokers say.
In addition, a large volume of new tankers was commissioned in the first half of this year, creating a tonnage surplus that has yet to dissipate. Oil companies often are opting for cheaper, older vessels to hold fares down.
Rush demand is expected in mid-December in advance of the Christmas holidays in the U.S. and Europe, but this will be only a temporary uptick. Charter rate increases are likely to remain limited for the near future.

This news is a total 767 time has been read
Tags: Asia-bound tanker rates sink amid weak outlook for crude