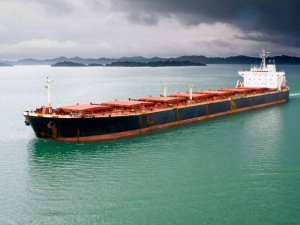 Bad weather delays in China have disrupted future sailing schedules while recent charters have committed ships to load cargoes in late November and early December. These have reduced the number of ships available for charter, brokers said.
“I think rates will push up in both basins (the Atlantic and Pacific) in December that will give a better start to January,” a Singapore-based capesize broker said.
Average daily earnings for both capesize and smaller panamax ships are at a three-year high on both a weekly and annual basis after rates started to rise in August.
Earnings for 180,000 deadweight tonne (DWT) capesize ships hit $25,349 per day on Nov. 10, the highest weekly average since rates topped $28,748 per day on Nov. 7, 2014, according to data from shipping services firm Clarkson.
Daily earnings are averaging $15,703 per day so far this year, the highest since 2014.
Earnings for 80,000 DWT panamax vessels surged to $11,775 per day on Nov. 10 and average $10,387 per day this year, also the highest since 2014.
“(The) present bounce back in freight rates show that the present market is solid and has the ability to push,” Norwegian ship broker Fearnley said in a note on Wednesday.
But the capesize and panamax markets could face headwinds from China’s cutback in steel production which starts this month and lasts through March. Iron ore and coal, key steelmaking ingredients, are staple cargoes for these ships.
Production cuts could reduce China’s iron ore imports by as much as 80 million tonnes, maritime consultant Drewry said in a note, adding it expects freight rates for capesizes to stay at current levels until the first quarter.
Capesize charter rates on the Western Australia-China route rose to $8.35 per tonne on Wednesday from $7.64 last week. Freight rates from Brazil to China climbed to $18.50 per tonne from $18.25.
Panamax rates for a north Pacific round trip voyage rose to $9,029 per day on Wednesday from $8,977 a week ago.
Rates in Asia for smaller supramax ships rose slightly on tighter tonnage supply and higher cargo volumes.

This news is a total 1403 time has been read
Tags: Asia Dry Bulk-Capesize rates may rise further on more cargo charters