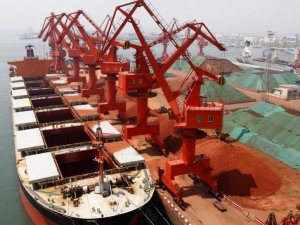 The dry bulk market made a blistering rebound during the third quarter on the back of sustained demand for iron ore, thermal and metallurgical coal along with grains.

The bullishness was mainly sparked by China driving up the demand for raw commodities with the country starting to focus on higher quality iron ore and coal that had to be met by seaborne imports.

Demand for moving raw commodities has brought about an imbalance in the tonnage availability in the Atlantic and the Pacific regions. This was despite a net fleet expansion to 21.6 million dwt in the first eight months of 2017. The Capesize fleet had registered the largest net increase of 7 million dwt, followed by Supramaxes at 6 million dwt and Panamaxes at 4.7 million dwt.

On the bigger Capesize vessels, a bullish market was witnessed during the third quarter with freight rates on the key iron ore routes from Australia, Brazil and South Africa touching a three-year high.

While the rate levels have seen a correction since late September, many market participants are fairly still optimistic about this segment’s prospects for Q4 on the belief that demand for iron ore into China will stay strong.

In the Asia Pacific market, the Port Hedland, Western Australia, to Qingdao, China, key iron ore route had hit a 33-month high on September 22 at $8.35/wmt, a level which was not seen since December 4, 2014.

The front-haul key iron ore route from Tubarao in Brazil to Qingdao had also touched a three-year high on September 25 at $19.75/wmt, which was last seen on November 20, 2014.

The strong showing for Q3 was in line with the market’s seasonal trends and was further bolstered by burgeoning tonnage demand and a firming freight derivatives market.

“Most market participants have a positive outlook of the market, cargo volumes look quite good, and there have been very little new buildings added since July [2017],” a Tokyo-based shipbroker said. “As long as China’s demand for iron ore remains strong and iron ore prices hold firm, the market should not have any issues sustaining at these levels,” the shipbroker added.

Also, aiding the Capesize market was a strong Panamax segment that discouraged charterers from splitting their Capesize cargoes.

“I would say the spike in the iron ore prices and the healthy steel market definitely has something to do with the bolstering Capesize freight rates,” said Ralph Leszczynski, research director at Banchero Costa, a Genoa-based shipping consultancy and brokerage.

According to Banchero Costa, there were only three Capesize vessels delivered on average per month in July and August compared to the average of 8.8 vessels per month from January to June 2017.

Leszczynski added that a recent statement from Chinese Prime Minister Li Keqiang that it was necessary to shut down more “low quality” and illegal steel mills had raised expectations of stronger high quality iron ore imports. However towards the end of the quarter, with the looming Golden Week holidays in China in early October, the frenzy was starting to fade with the forward freight agreement market and commodity prices weakening.

“The true test to see if the market will continue to remain strong will be how the market performs during the holiday period in China,” a Singapore-based shipbroker said.

Demand for Panamax ships from the various grain export regions continued to set the tone for the market during Q3. The TCE rates assessed by Platts across the major coal routes in the Asia Pacific saw rates increase day on day for 60% of the trading days during the quarter.

According to an India-based ship operator, most of the owners and operators who were long on tonnage were trying to use the vessels controlled by them to move their own cargoes and were not looking to arbitrage their ships. Also, most were unwilling to “short” the market by fixing in cargoes on voyage basis without the backing of a tonnage.

“The period rates are dropping slower compared to spot time charter rates. There is hope of firmer spot rates looking ahead and as with most years, we can expect Q4 this year too, to be volatile,” a Singapore-based chartering source with a western trading house said.

Although the rates had moved lower towards the end of the quarter, market sources are optimistic of a rebound in the rates once the holiday period in the Far East is over.

“Ships opening in early October have the option to ballast out for North Pacific and the US Gulf Coast grain cargoes,” said a second ship operator source, adding that Q4 has always seen enough demand from these regions. “If vessels do start ballasting [out of the Pacific] the rates could bounce back very quickly,” a third ship operator source said.

Supramax freight rates, after having risen steadily through Q3, have shed levels over the last few trading days. “While this drop might have been triggered by upcoming holidays, the quantum of drop is huge which is putting a question mark on how much firmer Q4 could be,” a fourth ship operator source said.

Demand from spot coal cargoes within the region was one of the major factors that was spurring requirements for Supramax ships in the Pacific while various weather-related issues withheld supply, sources said.

Adding impetus to the Supramax market was Chinese coal and lignite imports, which have increased 14.3% year on year to 178 million mt during January-August, according to sources.
A firm Panamax market had resulted in charterers choosing to use Supramax vessels to reduce the total landed cost of their cargoes. A case in point is the Taboneo, South Kalimantan, to Paradip, east coast India, coal route, where the Panamax freight was cheaper than the Supramax by more than $1.50/mt for only 20 trading days during Q3.