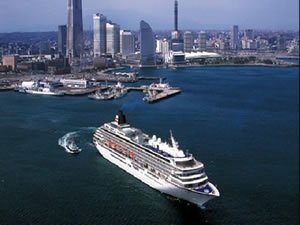 Asia has become the latest area of the world to relaunch cruise operations. At the beginning of the week, two of Japan’s larger cruise ships resumed service, and tomorrow the first cruise will depart from Singapore.

While the operations are being carefully regulated, it marks an important step for a region that was among the first to experience the novel coronavirus in 2020. After nearly 300 days idol, two cruise ships marketed to Japan, NYK’s Asuka II and Mitsui’s Nippon Maru, both departed on their first cruises.

Like most of the other cruise lines that have resumed sailing, the Japanese lines are being limited to short, domestic cruises with limited capacity.

Despite some nervousness, an NYK official told The Mainichi newspaper that everything was going smoothly onboard including with the virus protections.

The 50,000-gross ton Asuka II departed Yokohama on November 2 on her first cruise. Before the cruise, NYK had instituted strict health and safety protocols and conducted a series of crew training exercises.

The company has also limited the number of cabins available blocking off sales of certain categories. The ship which has a capacity of 870 passengers departed with 330 passengers for its first short cruise around Japan.

NYK has traditionally operated the Asuka II as a luxury cruise ship on longer cruises to international destinations. Sailing from Yokohama, Nagoya, or Kobe, most of the current cruises are lasting between one and three nights.

To add to the festive atmosphere on board, NYK is planning several special celebrations, including one to mark the thirtieth anniversary of its modern cruise operations as well as a Christmas cruise which is known for its elaborate decorations on board.

Currently, NYK is targeting resuming normal cruises in March 2021 with an 107-day world cruise. Also on November 2, the Nippon Maru, operated by Mitsui O.S.K. Passenger Line sailed from the port of Kobe on its first cruise.

The ship was given a colorful sendoff with water cannons to celebrate its return to service with a two-night cruise. A program of 37 short cruises was scheduled for the Nippon Maru continuing till March 2021. The 22,500 gross ton cruise ship has a passenger capacity of approximately 500 people but was also reported to be sailing at half capacity.

Both NYK and MOL reported that they had used part of the layup period to refit their cruise ships. A number of new western-style accommodations were added to the Asuka II with traditional Japanese amenities. Similarly, the Nippon Maru was redecorated and renovated before her first cruise.

Genting becomes the first cruise line to resume cruises from Singapore under a trial program with the government.

The ship will only be available to Singapore residents and will be running short sea cruises without ports.

The government said it will monitor the operations closely to ensure adherence to the health and safety protocols. Royal Caribbean International has also been given permission to begin cruises from Singapore aboard one of its cruise ships.

The Quantum of the Seas is currently preparing for its first cruise, which will also be short sea cruises only available to Singapore residents.

It will also be the first Royal Caribbean cruise ship to resume service.

There are also reports that the Chinese officials are working with their domestic cruise industry for a similar style restart program to Singapore.

They would operate short cruises likely aboard the cruise ship the Piano Land which is only marketed within China.