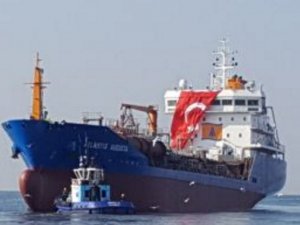 The 5,700 Atlantis Augusta is the ninth newbuilding in the company’s fleet.

The construction of the ship originally started at Marmara shipyard. However, it was disrupted in the aftermath of the Lehman Crisis and continued at Selay shipyard.

Atlantis Augusta is scheduled for delivery in April 2017, according to data provided by VesselsValue. Following the delivery, the ship will be deployed on the Continent-Western Mediterranean route, Atlantis said in 2016.

The firm said that it will soon launch Atlantis Augusta’s sister ship, Atlantis Alicante, which is currently under construction at the same shipyard.

In a separate announcement, Atlantis revealed it has signed a contract to add Rekon, a 6,200 dwt chemical/product tanker, to its fleet.

Built at Selay shipyard in 2013, the ship is owned by two partners from Germany and Turkey, according to Atlantis.

Before joining Atlantis, the 4,245 gross ton Rekon was under a three-year bareboat charter with Navoil Shipmanagement in Singapore, which went into liquidation in November 2016.

The tanker is making its way back from the Far East to the Mediterranean. After inspection and repairs, the Malta-flagged vessel will begin trading, according to Atlantis.

This news is a total 1138 time has been read
Tags: Atlantis’ Chemical Tanker Launched in Turkey