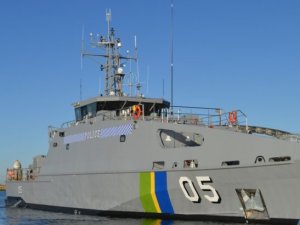 Austal announced the on-time delivery of the fifth Guardian Class Patrol Boat (GCPB) to the Australian Department of Defence.

The Pacific Patrol Boat Replacement (PPB-R) Project was awarded to Austal in May 2016, with an additional contract option awarded in April 2018, taking the program to 21 vessels valued at more than A$335 million.

The 39.5 metre steel monohull patrol boat designed, constructed and sustained by Austal Australia is based on a proven design platform that has included the 38 metre Bay-class, 56 metre Armidale-class and 58 metre Cape-class patrol boats that are in service with the Australian Border Force and Royal Australian Navy.

The RSIPV Gizo is one of two Guardian Class Patrol Boats to be delivered to and operated by the Royal Solomon Islands Police Force, replacing the RSIPV Lata that has been in service since 1988.