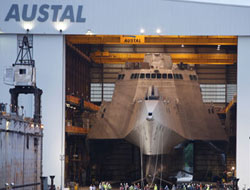 The launch procedure involved coordination of all large shipping traffic in the Mobile River while INDEPENDENCE was rolled out of the construction hall on sixty-six 100 ton rail-trolleys onto a floating drydock.

The 127 m Austal trimaran seaframe is the platform for the LCS's mission and weapon systems. This seaframe provides superior seakeeping and aviation as a result of its long, slender central hull and smaller side hulls ("amahs"). The trimaran hullform provides a large internal mission deck with a high payload carrying capacity.

Located above the mission bay is the flight deck capable of conducting dual H-60 helicopter operations and accommodating the US Navy's largest helicopter, an H-53, a feature not available on similar size naval warships. The vertical location of the flight deck on the trimaran hull form provides the highest flight deck elevation on a combatant ship other than a major amphibious vessel or aircraft carrier.

INDEPENDENCE will be moored alongside the Austal USA facility while the activation and testing of combat and other onboard systems is completed. Sea trials are expected to commence in late 2008.

In congratulating the workforce on the construction of the vessel and successful launch, Austal USA Chief Executive Officer Bob Browning commented:

"This is an incredible achievement not only for Austal but particularly for Austal USA which was only established in 1999. To have recruited, trained and developed a strong workforce of over 1,000 staff from scratch, who today launched the largest and most sophisticated aluminum warship built to date, is an impressive feat."

INDEPENDENCE is one of two alternative ship designs that will be evaluated by the U.S. Navy as part of its plan to expand the existing fleet to 313 ships. The Navy's current program of record calls ultimately for constructing 55 Littoral Combat Ships. 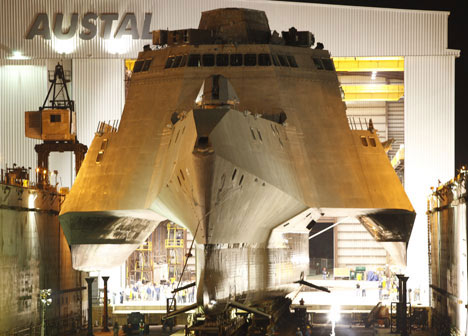 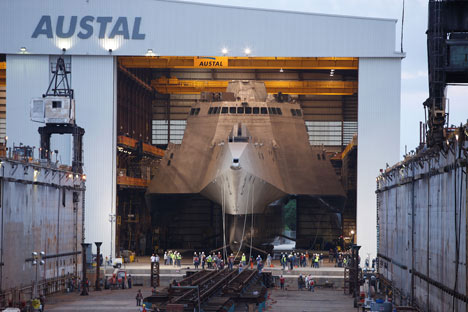 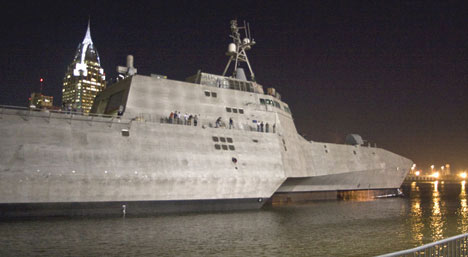 This news is a total 769 time has been read