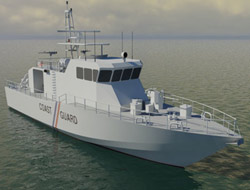 Austal says it has signed a contract worth approximately US $73 million to build six 30 meter aluminum fast patrol craft for the Government of the Republic of Trinidad and Tobago with additional contracts for a comprehensive maintenance package.

Austal says it has signed a contract worth approximately AUD $78 million (US $73 million) to build six 30 meter aluminum fast patrol craft for the Government of the Republic of Trinidad and Tobago with additional contracts for a comprehensive maintenance package and crew training services.

The patrol boats will support the Trinidad and Tobago Coast Guard in providing sustained surveillance in the country's internal waters, the archipelagic territorial sea and its exclusive economic zone.

Each vessel will have a12 man crew, a maximum speed of 40 knots and will be armed with three machine guns and a 20 mm cannon.

All six vessels will be constructed at Austal's facilities in Henderson, Western Australia and are scheduled for delivery by early 2010.

During the construction period, Austal will provide a training program including familiarization with vessel operation, ship based engineer training and maintenance training for shore-based support personnel.

Following delivery of the vessels, a five year comprehensive maintenance and support services program will include scheduled planned and preventative maintenance support, unscheduled maintenance, management and performance of annual surveys and maintenance periods as well as shore-based engineering support.

"The added provision of a comprehensive five-year maintenance package and crew training services demonstrates the global support network of the Austal Service Department, which is now a growing business unit within the Austal Group," he said.

The fast patrol craft will play a major role in ensuring the safety of shipping, as well as the preservation of the marine environment. The vessels will also target the illegal trafficking of drugs, safety at sea and perform search and rescue duties.

Each patrol boat is to be powered by two MTU 16 cylinder 2000 series diesel engines driving a Kamewa waterjet propulsion system, allowing a maximum speed of 40 knots and a maximum range of more than 1,000 nautical miles at 10 knots. 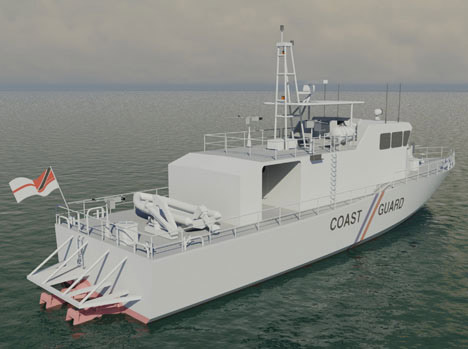 This news is a total 937 time has been read