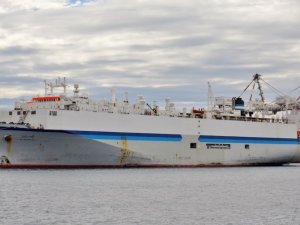 Al Messilah was involved in an incident last year in which about 3,000 of the 69,322 animals it was carriying perished on the way to Doha in the heat of the Gulf.

According to AMSA, an inspection of Al Messilah at Fremantle on October 20 found a number of issues including holes corroded in the decks and bulkheads as well as electrical cabling issues. The vessel was preparing to carry some 75,000 animals from Fremantle to the Middle East.

AMSA has withdrawn the vessel's certification to carry livestock until repairs were done, and still awaiting confirmation from the vessel operator on how they intended to address the issues.

''AMSA does not allow non-complaint ships to carry livestock from Australia,'' a spokesman from AMSA said.

In August, Australia's transport minister said that AMSA would look at the possibility of banning double tier vessels over fears that animals on such ships are too cramped.

The 1980 built Al Messilah was once a car carrier, converted to a livestock carrier by German shipyard Meyer Werft in 1995.