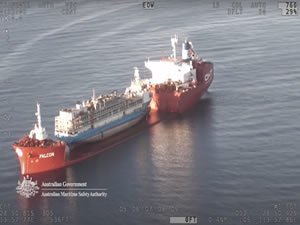 The Australian Maritime Safety Authority has launched a inspection campaign that will target all livestock carriers departing the country after recent incidents involving the ships.

The purpose of the focused inspection campaign is to ascertain the level of compliance with the maintenance and repair requirements of International Conventions. It will also check the familiarity of the Master and officers to assess the stability of their ship in differing conditions.

The AMSA has implemented this focused inspection campaign (FIC) as a result of recent incidents involving livestock ships in Australia.

On January 7, 2021, the AMSA banned the Barkly Pearl from entering Australian ports for a period of 24 months due to concerns over the structural integrity of the ship, the potential threat of pollution to the marine environment, and the immediate risk to the seafarer’s safety. The ship was eventually hauled away last month.

Back in November, the livestock carrier Gulf Livestock 1 capsized as it sailed from New Zealand to China, resulting in the loss of 41 crew members and thousands of cattle, prompting New Zealand authorities to suspend live cattle exports and launch a review. Only two people survived the shipwreck.

The results of the FIC will then be analyzed and a brief report will be published on the AMSA website upon its conclusion.