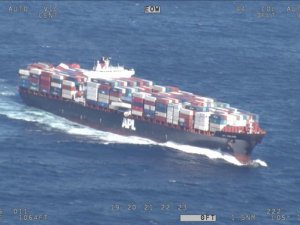 Charges have been laid against the master of the APL England, a containership which lost about 50 containers overboard off Sydney on 24 May, the Australian Maritime Safety Authority (AMSA) said.

As informed, the offences relate to pollution and damage of the Australian marine environment as a result of poor cargo loading.

“This and other incidents remind us of the important role the ship’s master has in ensuring the ships that ply our waters are operated safely and do not damage our marine environment.”

“Today’s actions should not detract from the responsibility of the ship owner APL Singapore, insurer Steamship Mutual, and operator ANL who remain accountable for remediation of any impacts of this incident,” Schwartz added.

“We welcome ANL taking responsibility by engaging contractors to undertake shoreline clean-up and retrieve some of the floating containers… but the impacts of this incident could take months, if not years to remediate and we expect these efforts to be sustained for however long it takes.”

Schwartz said the ship remained under detention in the Port of Brisbane and would not be released until its serious deficiencies have been rectified.

AMSA has placed an additional requirement on the owner of the ship which must be met before the ship will be released from detention.

“This action seeks financial security from the insurers in the order of AU$22 million. This provides a commitment that they will remediate all impacts of this incident. That AU$22 million covers estimated costs including that of a clean-up,” Schwartz further said.

AMSA’s investigation into the incident is ongoing.

This news is a total 380 time has been read
Tags: AMSA , APL England , Australia