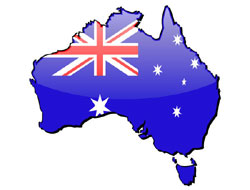 Australian shipping industry needs to be revitalized through a combination of regulatory reform and taxation incentives, according to a report issued Tuesday by a House of Representatives committee.

There is room for growth in Australia's shipping industry

Australian shipping industry needs to be revitalized through a combination of regulatory reform and taxation incentives, according to a report issued Tuesday by a House of Representatives committee.

The report, entitled "Rebuilding Australia's Coastal Shipping Industry," found an industry in long-term decline with 46 vessels in an Australian registered trading fleet in 2005-06, down from 75 in 1996. The shipping industry, which includes these vessels and other foreign-flagged vessels that operate under single or continuous voyage permits, accounted for 26% of the total domestic freight task in 2004-05.

While this is a significant contribution "it isn't a substantial one. There is room for growth in Australia's shipping industry," Catherine King, the chair of the House of Representatives standing committee on infrastructure, transport, regional development and local government, wrote in the report.

Revitalization of the industry begins with regulatory reform and the committee has made 14 recommendations in total including several aimed at harmonizing shipping policy and regulation, she said.

Sector growth will be further enhanced by incentives such as the introduction of an optional tonnage tax and accelerated depreciation, while strong action is needed by all stakeholders to stem the skills crisis, she said.

"It is the committee's recommendation that Australia's tonnage tax regime be linked to mandatory training requirements," she said.

These include, a declining number of Australian registered trading vessels, an ageing fleet, a shortage of skilled maritime employees, and growing demands from industry for greater policy certainty from government.

The Government will consider the recommendations and respond to each during 2009, Albanese said in a statement.

This news is a total 1265 time has been read