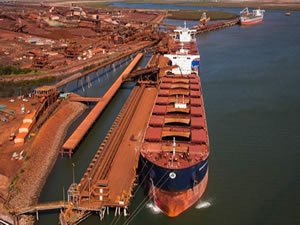 A second Filipino crewed bulk carrier in the space of just over a fortnight calling Port Hedland in Western Australia has arrived with multiple Covid-19 cases onboard, sparking calls from politicians and miners to avoid sourcing crew from Manila.

Seven crew on the Vega Dream tested positive for Covid-19 on a vessel off the coast of Port Hedland. The ship is controlled by Japan’s Mitsui OSK Lines (MOL) with crew provided by Manila-headquartered Magsaysay.

Meanwhile, the Patricia Oldendorff bulk carrier set sail on Sunday after 18 of the 21 crew recovered from a coronavirus outbreak late last month.

Both ships arrived in Western Australia from the Philippines.

Western Australia’s health minister Roger Cook commented today: “This is the second time in a fortnight that we have had an issue at Port Hedland with a vessel from Manila. It’s disappointing and obviously we don’t want it to happen again.”

Cook said he had spoken to Western Australia’s Chamber of Minerals and Energy (CME) and the major mining companies had said they are reviewing whether or not to use crews from Manila.

A spokesperson for the chamber told Splash: “CME is aware some member companies are talking to their shipping agents about the possibility of sourcing shipping crews from ports other than Manilla. The logistics of these potential changes are still being investigated.”

MOL, meanwhile, issued a release today providing some details of the crew on the Vega Dream.

“All crew members have boarded in compliance with the Department of Transportation in the Philippines, Protocol for Crew Change and Repatriation as well as being quarantined and tested negative in the Philippines prior to joining the vessel,” the Japanese owner claimed.