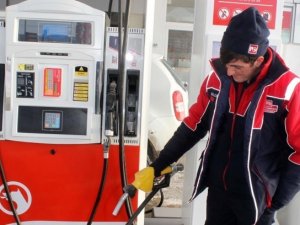 Austrian energy company OMV in a bid to focus on cash generation in the current low oil price environment, will sell 100 percent of its wholly-owned subsidiary OMV Petrol Ofisi A.S in Turkey, an official of OMV said on Friday.

According to the official, OMV is redefining its investments, similar to other oil and gas companies, and continuing the shift in focus towards upstream and fully integrated downstream.

The official, who defined Petrol Ofisi as a significant fuel business in Turkey, is expecting interest from several buyers who are prepared to making the business into a core strategic asset.

OMV announced on Friday that it will initiate the sales process for 100 percent of OMV Petrol Ofisi A.S.; the largest retail fuel station network in Turkey as well as a leading company in Turkish oil products in both the retail and wholesale market.

OMV Petrol Ofisi has 1,785 fuel stations throughout the country.

The company is currently selecting advisors to support the sale and the company restructure from the envisaged transaction.

The sale aims to optimize OMV’s integrated portfolio in the challenging market environment, according to the company.

This news is a total 2980 time has been read
Tags: Austrian OMV begins sale of OMV Petrol Ofisi in Turkey, Turkish, Maritime