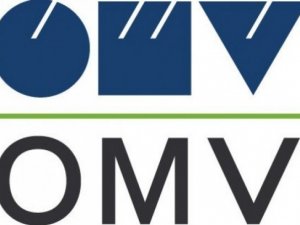 Austria's OMV executive board presented its new strategy to cope with a volatile oil and gas market to focus on development mainly in Russia and the United Arab Emirates and Iran, the company said on Thursday.

The company said that one of its market focuses is through an asset swap with Russia's Gazprom to enter the Urengoy oil and gas field in the northern West Siberia Basin in exchange for Gazprom's participation in OMV's assets.

Gazprom and OMV signed the term sheet on the asset swap in September 2015. If the transaction is implemented, OMV will have 24.98 percent stake in the Achimov 4A and 5A development project at the Urengoy oil and gas condensate field in exchange for Gazprom’s participation in OMV assets.

"The planned asset-swap with Gazprom, which will enable us to access production in the cost-efficient Urengoy field should establish Russia as an additional core region by 2020," said Rainer Seele, CEO of OMV.

The company said on the basis of current data that it will acquire additional reserves of approx. 600 million barrels of oil equivalent - this is equivalent to more than five times OMV's production in 2015.

"We planned the swap so we can completely cover it through the assets. If at the end of the evaluation there are insignificant funds left, we can simply not take this figure into account," Seele was quoted as saying by Russian news agency Tass.

"We have agreed to this structure, and will not depart from it," Seele said, stressing that the company will definitely not borrow money on the market under this deal.

According to Seele, the company plans to spend no more than 5-10 percent of all investment funds on the development of the Achimov deposits near Urengoy and on the construction of the Nord Stream-2 project before 2020.

"Additional prospects are currently emerging in Iran. Furthermore, OMV is intensifying its close cooperation with its Abu-Dhabi-based core shareholder IPIC. There are additional prospects in Abu Dhabi, on top of the joint Shuwaihat projects with the Abu Dhabi National Oil Company, ADNOC. These two options in the Middle East and Russia are our strategic response to the question on how we will fully and sustainably replace our reserves in the future," Seele said.

Seele also said that the company will free up cash flow for investments, exploration expenditure and operating costs through the sale of unprofitable assets.

OMV announced on Feb. 12 that the company will sell 100 percent of its wholly-owned subsidiary OMV Petrol Ofisi A. S. the largest retail fuel station network in Turkey as well as a leading company in Turkish oil products in both the retail and wholesale market.

"The overriding goal is to stabilize cash flow. We will generate additional funds by selling non-strategic assets. We have announced the sale of a minority stake of up to 49 percent in the regulated pipeline business Gas Connect Austria and the divestment of up to 100 percent of the Turkish subsidiary OMV Petrol Ofisi," he explained.

"It has not been possible to build up an integrated business in Turkey since initiating the takeover of OMV Petrol Ofisi in 2006," Seele said.

However, OMV's investments will take a further fall to 2.4 billion euro, marking an anticipated reduction of around 40 percent in 2016 compared to 2014, the most recent year of high oil prices.

"In addition, there will be further cost-cutting and efficiency enhancement measures which are set to yield around 300 million euro by 2017 compared to 2014," Seele said.

"With the Nord Stream 2, we are investing in a project with an attractive, non-regulated return, which increases security of supply to Europe”. This is also linked to strengthening gas connection to Austria, as a large share of the gas which comes via Nord Stream 2 to Europe will be distributed via the Baumgarten gas hub. These measures to restructure the business will position downstream gas for a successful future," said Seele.

The project was announced on June 18, when Shell, Russia’s Gazprom, Germany’s E.ON and BASF along with Austrian OMV signed a memorandum of understanding for the construction of the project.

Russia's Gazprom owns 51 percent of the shares in the $10 billion project that plans to deliver gas with a capacity of 55 billion cubic meters beneath the Baltic Sea through a 1,200 kilometer-route to Germany. The project plans to bring gas to France, the U.K., the Netherlands and Denmark.

Russia sends around 50-60 percent of its natural gas to European countries through Ukraine while 25-30 percent gas of Europe's gas needs are met by Russia.

This news is a total 2020 time has been read
Tags: Austria's OMV enhances trade with Russia, UAE and Iran, Turkish, Maritime