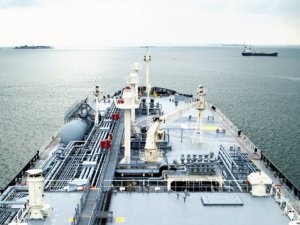 Avance Gas has fixed its VLGC Breeze (83,000 cbm, built 2015) on a four-month timecharter to an unreported charterer, according to brokers’ reports.

By way of comparison, the period rate is a little way ahead of VLGC timecharter equivalent rates, which averaged $28,100 per day during the second quarter this year, according to the latest financial report from Avance’s rival, BW LPG.The TCE rate averaged $46,600 daily during Q2 last year, the BW LPG report said.

Avance Gas did not publish TCE rate information in its second-quarter results, which were released on Wednesday.The report did, however, reveal the Oslo-listed firm logged a $6.1m impairment loss for its LNG carrier Gaea (126,530 cbm, built 1980), “due to changes in the market conditions for commercial LPG projects” during the period.

This news is a total 3437 time has been read
Tags: Avance Gas fixes VLGC on timecharter, turkıshmaritime