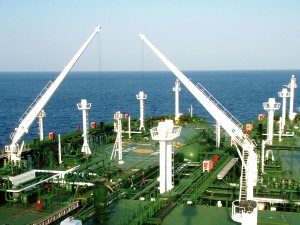 Following the expiry of the offer period, Oslo-listed Avance Gas noted in a stock exchange filing that not all of the conditions for completion of the offer have been met. As a result, Avance Gas said that it has resolved to withdraw the offer.

Immediately after the offer was proposed on November 16th, Aurora LPG voiced its disapproval saying that the offer is not in line with their value and proposing its board to refuse the bid.

Earlier this week, Aurora LPG’s Chairman, Leiv Askvig said the company intends to intensify its efforts to crystallize underlying values, including through sale of vessels or even the company’s liquidation to avoid Avance Gas Holding’s bid.

On the other hand, Singapore’s owner and operator of very large gas carriers BW LPG Limited has continued its purchase of shares in Aurora LPG.

Specifically, after close of markets on 14 December 2015, BW LPG acquired a further 852,800 shares in Aurora LPG, representing 2.87% of the outstanding shares in the company.

As a result of the transaction, BW LPG now holds a total of 4.4 million shares in Aurora LPG, representing 15% of the outstanding shares in the company.