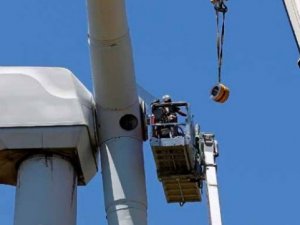 The report, Offshore Wind: Generating Economic Benefits on the East Coast, studied the economic impact from building a single average offshore wind farm (352MW or roughly 44 turbines) off each of the coasts of New York, New Jersey, Virginia, North Carolina and South Carolina. According to the analysis, the five average offshore wind projects would generate nearly 25,000 jobs construction and operational jobs, with an average of 4,950 jobs added per state, and cumulatively generate $3.6 billion in economic benefits. Workers in the five states would directly earn more than $1.3 billion in wages during construction and, once completed, $57 million annually during operation.

Beyond the jobs and other economic benefits, the analysis forecasts that construction of an average-sized offshore wind project in each of the five states would generate $265 million in federal taxes and more than $160 million in state and local taxes, cumulatively. Once completed, tax revenue from operating the wind farms in all five states would reach nearly $19 million annually throughout the life of the wind farms.

The report, conducted for E2 by BW Research Partnership, also analyzed the potential threat offshore oil and gas development poses to tourism and recreation sectors. The report estimates that a month of beach and fishing closures due to an oil spill would cost the five states’ over $2.7 billion in GDP and $1.3 billion in lost wages.

The report follows news last month that New York Governor Andrew M. Cuomo has signed a memorandum of understanding with New York power agencies and partners to conduct a study of successful offshore wind transmission models - with a specific focus on large-scale European projects - to guide the state's procurement of offshore wind generation.

In July, Cuomo started the state's first round of procurement to support New York's goal of 2,400 megawatts of new offshore wind generation by 2030, enough to power 1.2 million New York households. The state aims to obtain 50 percent of its electricity from renewables by 2030.

Cuomo introduced new legislation earlier this year to ban offshore oil and gas exploration in New York State's waters. While the state only has jurisdiction out to three nautical miles, the plan would also ban new leases on state land for the infrastructure needed for North Atlantic offshore production, and it would forbid waterborne transportation of any crude produced in the North Atlantic within the state's navigable waters.

The action was a response to the Trump administration's recent proposal to open 90 percent of the outer continental shelf to drilling. The draft plan includes 47 potential lease sales in 25 of the 26 U.S. planning areas – 19 sales off the coast of Alaska, seven off the Pacific coast, 12 in the Gulf of Mexico, and nine off the Atlantic coast. It is the largest number of lease sales ever proposed for the OCS five-year lease schedule, and it includes areas off the coast of New York. The federal government estimates that the waters off New England hold as much as 1.8 billion barrels of oil and 11 trillion cubic feet of natural gas.

The American Petroleum Institute and the National Offshore Industries Association broadly support the Trump administration's offshore drilling plan. “The oil and natural gas industry has the experience and advanced technology to develop the nation’s offshore energy safely," said AaPI Upstream Director Erik Milito back in January. "We are continuously developing and improving safety standards, programs, new technologies and best practices to protect our workers, the environment and marine life. And decades of experience have shown that offshore operations safely coexist with military activity, the commercial and recreational fishing industries and coastal tourism.”

This news is a total 628 time has been read
Tags: Average Offshore Wind Farm Would Create 5, 000 Jobs