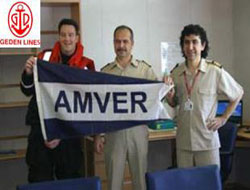 Malta flagged tanker owned by Geden Lines named M/T ACTION was rewarded by United States Coast Guard since they have saved a British sailor who injuired his hip in Atlantic Ocean.

Malta flagged tanker owned by Geden Lines named M/T ACTION was rewarded by United States Coast Guard since they have saved a British sailor who injuired his hip in Atlantic Ocean.

The Brit, sailing to the United Kingdom on his sailboat Padolu, fell and injured his hip 655 nautical miles North east of Bermuda. He notified his favorite pub in the UK, who, in turn, notified British search and rescue coordinators in Falmouth, UK who then notified the United States Coast Guard.

Fortunately the United States Coast Guard Atlantic Area Rescue Coordination Center was able to locate the Amwer participating tanker Action, Geden Lines owned tanker was only 5 hours away when it diverted to assist.

The Action"s Captain notified United States Coast Guard rescue coordinators that weather conditions were making rescue operations difficult. "The Padolu is not under command, she can not use her enginees and can not proceed to our ship" stated the Action"s Captain, "Because of the sea condition there is a very high risk that she can have damage and sink without any rescue operation" he added.

With that, the Captain and crew of the Action rigged a system to allow the injured sailor to climb aboard 250 metres height tanker. The crew of the Action then coordinated with United States Coast Guard flight surgeons and administrated ice to the sailor"s injuries.

The Amver staff thanked the Captain and crew of Malta flagged tanker owned by Turkish ship-owner for their efforts in rescuing an injured British sailor. They gave the first Amver award of 2008 to the captain and chief engineer of M/T ACTION tanker. 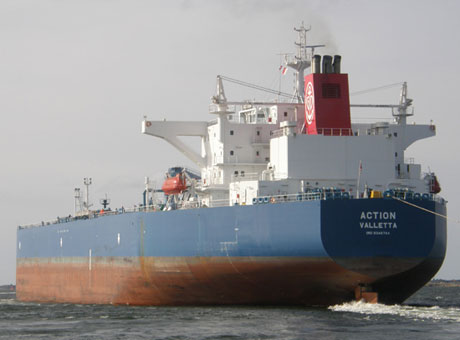