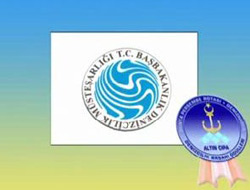 Turkish Shipping Sector is rising with a great speed and reaching to the target which is determined by Atatürk.

The truth that no one can discuss on is the most important role belongs to T.C. Prime Ministry Undersecretary of Maritime. The Undersecretary Maritime which is just like changed its face and all about it by the talented authorities, apart from the reform that can be named revolution, is the most important factor of Turkish Flagged Ships to grey list from the black list.

After this great triumps T.C Prime Ministry Undersecretary of Maritime was selected to tha candidates for award and choosen from here to the Golden Anchor by jury."

This news is a total 633 time has been read