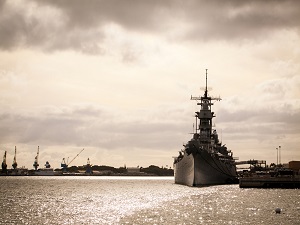 To date, approximately 3,000 systems have been designed and manufactured at the company’s advanced manufacturing facility at Edinburgh Parks, South Australia. Production of the first thrust vector controller system started in the late 1990s.

BAE Systems chief executive Gabby Costigan said: “This is a great example of a global programme that required world-leading technology and the solution was found here in Australia.

“The ESSM programme, together with the Nulka active missile decoy programme, have established BAE Systems as Australia’s capability provider of guided weapons and autonomous systems to our defence force and allied nations.”

Designed and manufactured by Raytheon Missile Systems, the ESSM is a medium-range, surface-to-air missile that can be launched from surface ships. The missile can be used to destroy targets such as high-speed, highly manoeuvring anti-ship cruise missiles, low-velocity air threats (LVATs), high-diving threats and surface-based targets, in addition to engaging other attack aircraft, helicopters and ships.

BAE Systems Australia has committed to delivering more than 20% of each ESSM with contracts worth a total $400m to date. The company is also responsible for production of the missile fuselage, guidance section internal structure, and telemetry transmitter. Low-rate initial missile production is expected to begin next year, with full-rate production expected in 2021 at an estimated contract value of approximately $32m every year over the next decade.