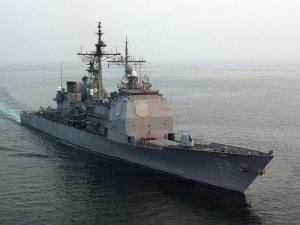 The work will include a combination of maintenance, modernization and repair of the Ticonderoga class guided-missile cruiser.

This is chief of naval operations-scheduled MODPRD. This is a “long-term” availability and was solicited on a coast-wide (East and Gulf coasts) basis without limiting the place of performance to the vessel’s homeport.

BAE will provide the facilities and human resources capable of completing, coordinating and integrating multiple areas of ship maintenance, repair and modernization for USS Vicksburg.

USS Vicksburg (CG-69) is a Ticonderoga-class guided-missile cruiser serving in the United States Navy. She is named for both the land Battle of Vicksburg fought during the American Civil War, and the city of Vicksburg, Mississippi.

Vicksburg was built by Ingalls Shipbuilding, at Pascagoula, Mississippi. Her keel was laid down on 30 May 1990, and she was launched on 7 September 1991. Vicksburg was sponsored by Tricia Lott, wife of United States Senator, Trent Lott. On 12 October 1991, Mrs Lott christened CG-69 as Vicksburg. She was commissioned on 14 November 1992.

The contract includes options, which, if exercised, would bring its cumulative value to $175,143,215.

Work will be performed in Norfolk and is expected to be completed by March 2021.

This news is a total 157 time has been read