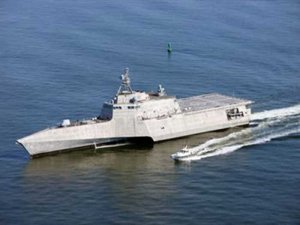 Both ships are Independence-class LCS built by shipbuilder Austal USA.

PSAs are accomplished within a period of approximately 10 to 16 weeks between the time of ship custody transfer to the Navy from the shipard and the shipbuilding and conversion (Navy) obligation work limiting date.

The PSA encompasses all of the manpower, support services, material, non-standard equipment and associated technical data and documentation required to prepare for and accomplish the PSA.

The work to be performed will include correction of government-responsible trial card deficiencies, new work identified between custody transfer and the time of PSA and incorporation of approved engineering changes that were not incorporated during the construction period which are not otherwise the building yard's responsibility under the ship construction contract.

Work will be performed in San Diego and is expected to be completed by October 2018.

This news is a total 844 time has been read
Tags: BAE San Diego gets $24.4 million for LCS work