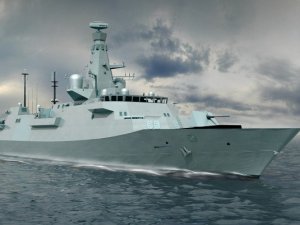 LONDON, Nov 4 (Reuters) – Britain’s BAE Systems said on Friday it had agreed with the UK government that the manufacturing of eight new anti-submarine warships would start in the summer of 2017, adding that a final contract was still being negotiated.

Europe’s biggest defence contractor said in a statement that the Type 26 programme, the name given to the new combat ships which the government said last year it planned to buy, helped to secure jobs at its shipbuilding facilities in Scotland.

Britain has to date invested 1.9 billion pounds ($2.4 billion) in the new ships but has not yet signed a final manufacturing deal for the fleet of new ships. BAE’s current contracts for design and initial supply chain work runs until June 2017.

According to some estimates, Britain is likely to spend about 8 billion pounds on building the ships, but the final value is not yet known.

“The UK government’s commitment today will secure hundreds of high-skilled shipbuilding jobs on the Clyde for at least two decades and hundreds more in the supply chain across Britain,” said British Defence Minister Michael Fallon, who visited the shipyard in the Scottish city of Glasgow on Friday. ($1 = 0.8007 pounds)

This news is a total 4467 time has been read
Tags: BAE Systems: Construction on UK’s Type 26 Warships to Start Summer 2017