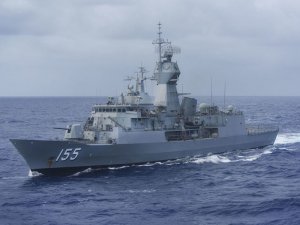 Britain’s BAE Systems PLC has won a A$35 billion ($25.7 billion) contest to deliver anti-submarine warfare frigates for the Australian navy, the Australian government said on Thursday.

The nine ships, to be designed by BAE and built by government-owned ASC Shipbuilding in Australia are expected to underpin the country’s maritime combat capability for decades to come, the Australian government said in a statement.

“The Hunter class will provide the Australian Defence Force with the highest levels of lethality and deterrence our major surface combatants need in periods of global uncertainty,” it said of the ships.

Australia is a steadfast U.S. military ally and has had a strained political relationship with China since Prime Minister Malcolm Turnbull late last year cited Beijing’s meddling in domestic politics as justification for tough new laws designed to prevent interference by foreign governments.

The Hunter class ships for Australia are based on the BAE Type 26 frigate the company is building for the British navy.

The deal will be a boost for Britain’s export economy after the country leaves the European Union, according to British Prime Minister Theresa May, who personally made the case for BAE with her Australian counterpart during talks earlier this year.

“We have always been clear that as we leave the EU we have an opportunity to build on our close relationships with allies like Australia. This deal is a perfect illustration that the Government is doing exactly that,” May said in a statement.

The new Australian ships will begin entering service in the late 2020s replacing eight Anzac class frigates, which have been in service since 1996.

Australia in October announced its new frigates would be fitted with long-range ­anti-missile defense systems to counter the threat of rogue nations.

The country has been modernizing its military in recent years through the purchase of a fleet of new submarines and F-35 fighter jets.

This news is a total 1018 time has been read
Tags: BAE Wins $25.7 Billion Australian Frigate Contract