Bahri gets financing fixed for another 15 VLCCs 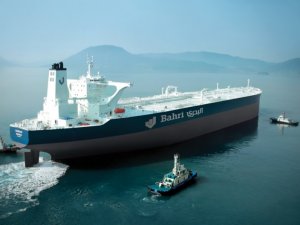 National Shipping Company of Saudi Arabia (Bahri) has teamed up with Arab Petroleum Investments Corp (APICORP) to launch a $1.5bn investment fund that could buy up to 15 VLCCs, putting the Saudi owner firmly at the top of the global VLCC ownership ranks.

Bahri’s existing VLCC fleet consists of 36 ships with another 10 order to deliver by the end of 2018. Another 15 on top of this would leave it as the largest VLCC owner in the world by at least a double digit margin.

The fund was launched yesterday in Riyadh with the kingdom’s energy minister Khalid al-Falih on hand who pointed out that given the size of Saudi’s oil reserves it makes sense to bolster its tanker fleet.

The 10-year, closed-end fund will be seeded with $500m on three occasions, subject to conditions, Bahri said in a statement.

This news is a total 3206 time has been read
Tags: Bahri gets financing fixed for another 15 VLCCs, türkishmaritime