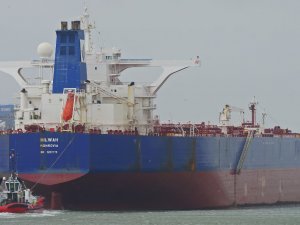 The world’s largest owner and operator of very large crude oil carriers (VLCCs) Bahri reported a massive jump of 133.77 percent in its profit for the first quarter of 2020 despite COVID-19 challenges.

Bahri said that the increase in quarterly earnings was driven by a rise in freight rates and strong demand for oil transportation which pushed the number of voyages during the quarter.

To remind, the company embarked on a major fixing binge of very large crude carriers in March, which spurred daily tanker rates and boosted demand for tankers.

The fixtures followed on the back of UAE’s announcement to raise crude output to 4.0 million b/d from 3.2 million b/d in February, with an objective to boost capacity to 5.0 million barrels.

Bahri reportedly hired up to 25 tankers on subject, a rare move from the VLCC owner which has not been that active on the spot market.

“The results are a testimony to our constant desire and our unmatched capabilities to seize opportunities in the market as they emerge. Our extensive efforts to enhance operational efficiency and improve productivity have also paid off,” Abdullah Aldubaikhi, CEO, Bahri, said.

However, with the latest agreement from OPEC+ members and allies to cut of 9.7 million barrels of crude oil per day VLCC rates are expected to face massive downward pressure ending the bonanza from Q1.

Specifically, demand forecasts are continuously being revised downwards amid COVID-19 impact and the IMF is already warning about the impending recession of the global economy.

VLCC markets have been increasingly dependent on geopolitical developments, nevertheless, very often owners managed to turn market disruption into their own favor.

Moving forward, BIMCO’s Chief Shipping Analyst Peter Sand believes ordinary supply and demand fundamentals for the crude oil tanker market would not return to normal until the third quarter of 2021.

This news is a total 665 time has been read
Tags: Bahri \VLCC