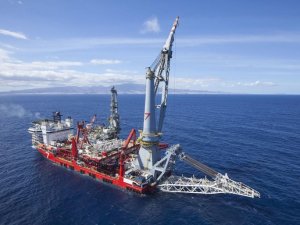 Talks broke down but could be revived, the newspaper claimed.

Norway's Subsea 7 said in a release it has a policy not to comment on speculation or rumoours.While the offshore downturn has seen many of its peers go dormant of late, Subsea 7 has had a very active year to date. In late June, of instance, Subsea 7 picked up a number of businesses from EMAS Chiyoda Subsea, the subsea joint venture led by Singapore's Ezra Holdings before it filed for chapter 11 in February.

Subsea 7 paid less than $100m in total, including its contribution to the debtor in prossession credit facility, to acquire the businesses, the ingleside spoolbase and sundry other assets.

This news is a total 1022 time has been read
Tags: Baker Hughes linked with Subsea 7 takeover