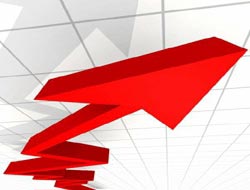 After a number of small losses during the previous days, the Baltic Dry Index managed to edge higher.

After a number of small losses during the previous days, the Baltic Dry Index managed to edge higher.

After a number of small losses during the previous days, the Baltic Dry Index, a point of reference for the dry bulk shipping industry, managed to edge higher, just ahead of the Chinese holidays, which are expected to stall demand for dry cargoes like iron ore and coal, at least during the following week. The BDI ended yesterday at 900 points, up by 28. The capesize index was the leader in gains, reaching 1800 points, up by 81, while both the panamax and the supramax index managed to post small rises by 10 and 5 points accordingly, at 504 and 432 points. According to data from the Baltic Exchange, the average daily time charter for capesize is now just below $15,000 at $14,933. China, the world"s leading producer of steel, has national holidays from Jan. 26 to 30. Slower economic growth is curbing demand for the metal, and the country on Jan 14 approved tax cuts and subsidies to boost its industry. Steel producers account for almost half of all dry bulk trading, said shipping line Golden Ocean Group Ltd. Besides highlighting last week"s 12% percent fall of the capesize market, Fearnley"s latest report said that ?major mining companies and numerous traders are very busy absorbing early tonnage for iron ore shipments to China from both Brazil and Australia. Atlantic tonnage
supply is becoming thin, resulting in a reported $28,000 obtained for fronthaul trip. Transatlantic rounds are apt to improve from present $13,500, whilst Pacific rounds stand at around usd 12,000. Major players are again taking modern units for period, with $23,500 confirmed done for 2 on a modern 177,000 dwt unit and around $25,000 under discussion for similar tonnage/period?.

Regarding market fundamentals we note that China imported 6.2 per cent more ore in December than the month before. That was to compensate for declining domestic output and investors must be 'careful' about interpreting it as a sign of stronger demand, Jeffrie Currie, head of global commodities research at Goldman Sachs Group said in the beginning of the week. Meanwhile, Macquarie Bank forecasted that benchmark contract prices for iron ore delivered from producers in Australia to Asian clients will drop 30 per cent this year to US$101 a metric ton. It had previously estimated a 20 per cent decline. The annual contracts typically run from April 1.

This news is a total 1957 time has been read