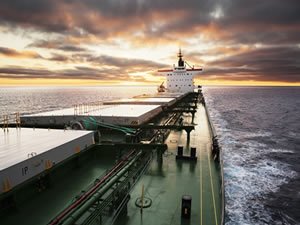 The Baltic Exchange’s main sea freight index climbed about 10% to its highest level in three months on Monday as soaring coal demand from China continued to power capesize rates higher.

The Baltic dry index, which tracks rates for capesize, panamax and supramax vessels, jumped 155 points, or about 9.7%, to 1,761, its highest since mid-October last year.

* “Increased demand for coal from Indonesia going into China has definitely boosted the rates in the Pacific,” Rebecca Galanopoulos Jones, head of research at Alibra Shipping, said.

* Increased Chinese demand for Brazil’s iron ore has been the cause for optimism going through to the smaller sizes like panamax vessels, Jones added.

This news is a total 4619 time has been read
Tags: Alibra Shipping , Baltic Dry Index