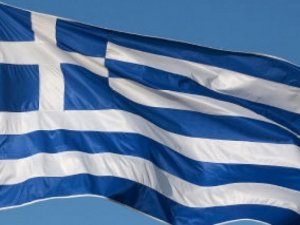 Fallout from the Covid-19 pandemic has had a strong impact on banks and non-bank lenders to the shipping industry, and despite the ongoing upgrading of the Greek fleet lending to Greek shipowners remains pretty much steady.

“As the global economy and international trade entered into unchartered territory, confidence amongst both banks and owners fell,” said Ted Petropoulos, in the latest Petrofin Bank Research report on Greek ship finance.

Petropoulos said: “The rate of loan requests and the loan throughput by banks fell as credit and risk departments by banks were hard put to support fresh lending at a time of such crisis and uncertainty and sought lending only to the strongest clients and credits often on stringent terms.

The number of banks involved in Greek ship finance has gone up to 55 from 52 in 2018. Credit Suisse remains in the top position with another substantial increase of 10% and at the end of 2019 its book stood at $7.7bn, more than double second placed BNP Paribas’ $3.15bn portfolio, with HSBC next $2.8bn ahead of Citibank’s $2.7bn. Greece’s Piraeus Bank and Alpha Bank were in fifth and sixth both with $2.5bn.

In the face of the financial crunch generally, some banks, Greek banks in particular, managed to continue lending to their stronger clients. Others like Cyprus banks have been building a regular niche clientele.

Overall Greek bank lending to the industry was at $9.9bn at the end of 2019, its highest level since 2014. But this is a long way short of the $16.9bn combined Greek bank shipping portfolio at the outbreak of the financial crisis in 2009.

“At a time of rising loan margins internationally, Greek banks were able to secure liquidity at a reduced cost due to ECB [European Central Bank] policy, lower deposit costs the enhanced credit status of Greece and this enabled them to reduce their margins to competitive levels with other non-Greek lenders. Greek banks perceived the pandemic as an opportunity to enhance their position with Greek owners who faced limited finance possibilities,” said Petropoulos.

It is interesting to see forward commitments, an indication of each bank’s ship lending momentum and / or the extent of its involvement in newbuilding finance, increased by 11% last year and was “showing a strong momentum by year end”.

Petrofin’s report concluded: “It is difficult to predict when the Greek ship finance market shall recover to pre-pandemic levels. Thus far we are not aware of any fresh banks entering ship finance nor of any existing banks leaving the market. However, the effects of the pandemic crisis are still being worked through the banking system.”