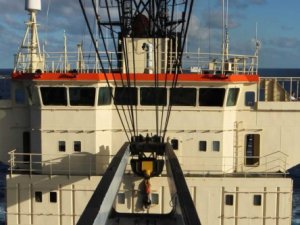 Hamburg-based containership owner Rickmers Group, a subsidiary of Rickmers Holding AG, has reached an agreement with its stakeholders on the group’s financial restructuring.

Under the restructuring plan, Bertram Rickmers, the group’s sole shareholder, would reduce his stake in Rickmers Holding AG from 100% to 24.9%.

This would enable key creditors, HSH Nordbank AG, the bondholders and possibly one further bank, to acquire a total stake of 75.1% in Rickmers Holding AG, the company said.

As contribution to the restructuring, Bertram R. C. Rickmers would pay EUR 10 million (USD 10.76 million) to relieve the group from a shipyard liability of a further USD 10 million, waive licensing fees up to the end of Q1 2021 and procure a backup loan facility of up to a further EUR 10 million for possible future liquidity requirements of Rickmers Holding AG.

The proposed restructuring needs to be approved by the corporate bodies of creditors and the bondholders.

As of April 20, the value of Rickmers Group stands at USD 740 million, according to information provided by VesselsValue.

The group owns four Handy container newbuildings currently being constructed at Jiangsu New Yangzijiang shipyard in China. These newbuildings are worth USD 68 million.

The group’s fleet is made up of four multipurpose (MPP) vessels, two vehicle carriers and 35 container vessels ranging from Feedermax class to New Panamax.

Over the last twelve months, Rickmers Group’s fleet has declined in value by 31%, VesselsValue said.

This matches the decline of the liner business that is plagued by the oversupply of tonnage and slow demand growth.

This decline is supplemented by strong selling and demolition activity from Rickmers as ten vessels have left the fleet in the last twelve months.

This news is a total 728 time has been read
Tags: Banks, Bondholders to Take 75 Pct Stake in Rickmers Group