Bayraktar signs up for supramaxes 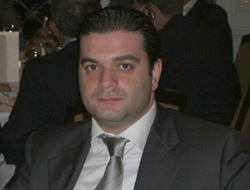 Bayraktar Shipping of Istanbul is the third Turkish company in recent weeks to turn to South Korea?s SPP Shipbuilding for supramax bulkers.

BAYRAKTAR SIGNS UP FOR SUPRAMAXES AT SPP YARD

Bayraktar Shipping of Istanbul is the third Turkish company in recent weeks to turn to South Korea"s SPP Shipbuilding for supramax bulkers.

Group fleet manager Erhan Bayraktar confirms the company is preparing to sign up for a pair of 59,000-dwt bulkers for delivery in 2001.

Bayraktar refuses to comment on the price but newbuilding sources estimate the ships are costing $46m each. Earlier this month, Akmar Shipping ordered two supramaxes at SPP and Turkish Cargo Lines (TCL) four. All six are scheduled for delivery in 2011.

Bayraktar already has three supramaxes on order at Turkey"s Cicek shipyard. Two of the 58,000-dwt bulkers are due for delivery in 2009 and the third in 2010. The order marked the first time a Turkish yard was contracted to build supramax bulkers. The decision to build the ships in Turkey was made after a deal at Cosco Zhoushan fell through.

Bayraktar currently operates a fleet of six multipurpose (MPP) containerships and five general cargoships. It also has two 1,300-teu boxships for delivery next year and three 1,700-ten units-two slated for delivery in 2010 and one in 2011. In August, Bayraktar told TradeWinds that the group intends to dispose of its oldest and smallest ships by the end of this year.

This news is a total 3122 time has been read