BD Index in for strong recovery 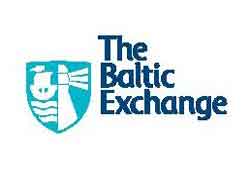 The Baltic Dry Index (BDI) is expected to make a strong recovery despite its sharpest fall this year that has spawned fears that it might be the beginning of the dry bulk shipping downfall.

The Baltic Dry Index (BDI) is expected to make a strong recovery despite its sharpest fall this year that has spawned fears that it might be the beginning of the dry bulk shipping downfall.

The BDI covers dry bulk shipping rates and is managed by the Baltic Exchange in London.

Chris Eng According to the Baltic Exchange, the index is an assessment of the price of moving major raw materials by sea.

Based on dry bulk shipping routes measured on a time charter and voyage basis, the index covers Supramax, Panamax and Capesize dry bulk carriers carrying a range of commodities, including coal, iron ore and grain.

This has raised concerns that the sector could be affected by a drop in demand for iron ore from China post-Olympic period as well as the ease in congestion at major coal ports in Australia.

At Newcastle Port, the world"s biggest coal-export harbour, there were 27 vessels off the port waiting to load 2,498,386 tonnes of coal for the week ended on Aug 25.

In the first quarter of this year, the average number of vessels waiting outside the port to load coal was 33.

The concern might be a false alarm as at above 7,000 points, the BDI can be still considered healthy compared with the lowest level recorded last year at 4,219 points on Feb 1.

The lowest level of BDI recorded this year was 5,615 points on Jan 29.

According to OSK Research Sdn Bhd associate director Chris Eng, the fears of the collapse of the drybulk sector might be overblown as China"s economy will not be overly affected after the Beijing Olymipcs.

?We observed that China"s economy actually slowed down during the two week-long Olympics due to factory closures around Beijing to reduce pollution as well as the host nation"s preparations for the games.

?The drawdown on China"s iron ore inventory during the past two months also led to a drop in demand for dry bulk shipping,? he said in the recent Malaysian Bulk Carriers Bhd (Maybulk) report.

Shipbrokers now expect the end of the Olympics would herald a pick up in China"s economic activities while the halt in inventory drawdown would see demand soaring for iron ore shipping.

?Also, the grain exporting season in the eastern Mediterranean has led to a resurgence in demand for Supramax vessels.

?Although we see China"s economy slowing down next year, growth will still be strong at above 8% and this will help sustain dry bulk shipping demand growth at 5% to 6%,? he said.

Eng said the issue of an oversupply of drybulk vessels was also not a cause for concern.

?We noted that the dry bulk fleet order book is currently 61% of the current fleet, which is high by any measure.

?Nonetheless, about 69.6% of the order book is actually scheduled for delivery in 2010 and beyond,? he said.

Some quarters had also highlighted the large number of Very Large Crude Carriers (VLCCs) that are scheduled for conversion to Very Large Ore Carriers (VLOCs) that would boost the supply of dry bulk ships.

Some 25 tankers had supposedly been converted year-to-date.

?With a capacity of 200,000 deadweight tonne (dwt) per VLCC, the 25 tankers will translate into 1.2% of the current fleet, which is hardly a cause for concern,? Eng said.

He said the recent cancellation of orders received by South Korean shipyards had again raised fears that there would be a significant rise in the number of cancellations for new ship orders.

?We, therefore, concluded that the bulk of the new ships will come onstream only in 2010 and beyond.

?There is also a possibility that a large number of these ships will not be delivered on time due to cancellations related to the global liquidity crunch,? he said.

Eng said the fleet growth this year would only average 6% to 8%.

?While growth may accelerate past 2010, scrapping of ageing dry bulk carriers will intensify if the BDI falls to below 5,000 points,? he said.

?The tonne-mile effect has a significant impact on bulk rates as distance from Brazil to China is three times the distance from Australia to China.

?The price negotiation was finally settled in June when Baosteel Group Corp in China agreed to an overall 85% price increase for Rio Tinto"s iron ore,? said the report.

The report added that it expected the BDI to make a strong comeback post-Olympics when steel mills and plants re-commence operations.

In addition, the BDI should also be driven by the peak US grain export period in fourth quarter.

The report said it continued to be positive on dry bulk for the rest of this year and believed dry bulk shippers could register another record profit year.

Maybulk is a prominent Malaysian company in the dry bulk shipping business.

Maybulk sold a bulk carrier and a tanker in the second quarter ended June 30 that contributed RM144.4mil to its operating income.

The company plans to maintain its current fleet of 11 bulk carriers and three tankers.

Meanwhile, Hubline Bhd, a relatively new player in the drybulk market, posted a net profit of some RM22mil for the first six months ended March 31. This represented a 49.7% growth compared with the same period last year.

This news is a total 1009 time has been read