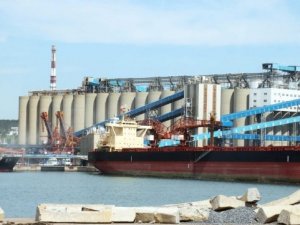 On Friday, the Trump administration followed through on a threat to impose more restrictions on Chinese exports, levying new tariffs of 25 percent on $34 billion worth of Chinese goods.

The new Chinese tariffs cover seafood, soybeans and cars, among other products, and are in addition to existing measures. The new round brings the total Chinese tariff on American-made autos to a steep 40 percent, forcing manufacturers like Tesla and BMW to raise their prices in the Chinese market. Measured by value, the German company exports more American-made vehicles than any other firm - including many bound for China.

China's Ministry of Commerce announced Monday that the money it raises with retaliatory tariffs on American products will be used to help Chinese companies adjust to the budding transpacific trade war. Specifically, the ministry intends to support increased commodity and finished goods imports from non-U.S. producers, including autos, soybeans and seafood, according to state-owned China Daily. In addition, Beijing will reimburse buyers for its 25 percent tariff on American soybeans if the destination is for China's state commodity stockpiles.

Multiple cargoes of U.S. soybeans bound for China have been canceled in the run-up to the sanctions, according to commodities analysts. China buys one third of America's soybean crop, and the commodity accounts for more than 40 percent of China's new round of tariffs by value. On Friday, the American Soybean Association warned of significant implications for U.S. agribusiness. “The math is simple. You tax soybean exports at 25 percent, and you have serious damage to U.S. farmers," said John Heisdorffer, the president of the ASA.

The dispute could accelerate: President Trump has threatened to impose tariffs on virtually all Chinese products arriving in the U.S. if Beijing does not make reforms to its intellectual property laws and increase imports of American goods. While China has fewer options for trade restrictions, it has a significant ability to hinder the operations of American companies operating within the Chinese market.

This news is a total 1697 time has been read
Tags: Beijing Targets American Cars and Soybeans with Tariffs