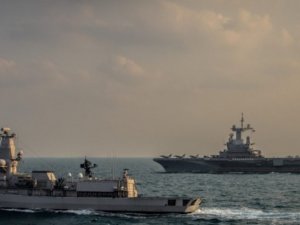 The Belgian Navy plans to deploy the Léopold 1er (F930) frigate within the French carrier strike group, the 2020 operational plan of the Belgian Defense Ministry reveals.

The frigate Léopold 1er will be deployed “for four months for escorting the French aircraft carrier Charles de Gaulle as part of the bilateral support provided to a European partner (France) in the North Sea, in the Atlantic Ocean and in the Mediterranean,” the Belgian Defense Ministry explains.

This frigate will be part of the Charles de Gaulle task force which will operate in northern waters. The aircraft carrier, based in Toulon, will operate mainly in the Atlantic during the frigate’s escort mission and will take part in several international exercises. The Belgian frigate participates, as a component of the task force, in these exercises in order to acquire and maintain specific skills.

The Léopold 1er frigate , as well as 175 sailors, will therefore once again join the French aircraft carrier, four years after an equivalent mission carried out in the Mediterranean in support of the international coalition currently fighting the Islamic State in Syria and Iraq. The observation made at the time was that it was “better to maintain these skills. A frigate is a ship that can carry out missions of a very diverse nature, but its crew must train properly and regularly,” the Belgian Defense Ministry adds.

The Charles de Gaulle aircraft carrier has just returned from a two weeks long multinational exercise off the Mediterranean Sea. During this exercise, called PEAN 19 (Naval Aviation Training Period), the aircraft carrier was then escorted by 11 French vessels, as well as ships from the American, Italian and Spanish navies. This final tactical drill marks the final step before the deployment of the French Carrier Strike Group in early 2020.