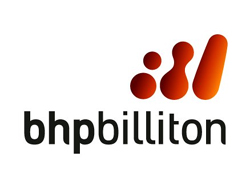 BHP Billiton and Rio Tinto have started in-depth discussions with governments and authorities who will need to approve their $US5.8 billion ($7.3bn) deal to create the world's single largest iron ore producer

BHP Billiton and Rio Tinto have started in-depth discussions with governments and authorities who will need to approve their $US5.8 billion ($7.3bn) deal to create the world's single largest iron ore producer.

Lobbying for and against the deal has started quickly, with global steelmakers immediately voicing their distaste for BHP and Rio's planned merger of their vast West Australian iron ore operations.

"Our hope and aspirations would certainly be that the anti-trust issues are manageable and that hopefully the timeframe can be a little bit more expedited than what one would expect if you started afresh," he told investors after the joint venture to form a $US116bn iron ore giant was announced Friday.

As well as breaking news of the deal to merge their West Australian iron ore operations to shareholders, BHP and Rio are understood to have had extensive conversations with governments and regulators on Friday.

As with the failed takeover bid, the main hurdle to the deal is seen as the EU anti-trust watchdog, the European Commission.

The Australian Competition & Consumer Commission will also need to approve the iron ore joint venture but having already cleared a BHP/Rio merger it is not expected to have any issues.

West Australian Premier Colin Barnett has said he was concerned about the tie-up and that he would "take some convincing" it was in the state's best interests.

BHP and Rio will separately market their iron ore, which they hope will be enough to appease the EC. Still, the EU could have concerns about joint marketing in years to come, or that BHP and Rio in concert could crimp expansion plans to buoy prices, analysts said.

The World Steel Association said that the merged iron ore business would put BHP and Rio in a "monopoly position" to force through iron ore price increases. "We cannot see how this joint venture could be in the public interest and thus it should not be allowed to proceed," the Brussels-based organisation said.

Rio finance director Guy Elliott said he did not believe the EC would require any asset disposals for approval.

He also said Rio had raised extra cash in its mammoth $US15.2bn rights issue in case it did not receive the $US5.8bn BHP had agreed to pay to take a 50 per cent stake in the venture.

"We're confident that (the deal) will complete but we cannot be completely certain of it," he told investors in London.

This news is a total 1356 time has been read