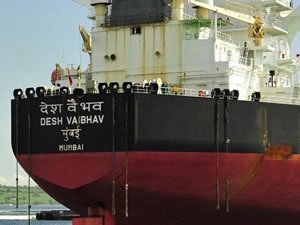 A management buy-out of sorts is being mooted for India’s flagship carrier. According to the Hindu Business Line, around 400 serving and 200 former employees are keen to bid for Shipping Corporation of India (SCI), aided by three Indian investors.

New Delhi has publicly stated it is readying privatisation plans for SCI, as well as a host of other state-run entities. On December 22, the Department of Investment and Public Asset Management (DIPAM) invited expressions of interest to privatise SCI by selling the government’s 63.75% stake to a strategic buyer. Potential bidders have until February 13 to file their interest with other bids likely to come in for the 71-year-old shipping line, including from existing private Indian shipowners.