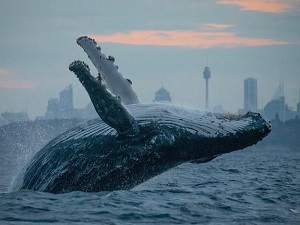 A group of prominent whale and dolphin biologists from across the globe have sent a letter urging a Russian federal agency to stop capturing free-ranging orcas in the Sea of Okhotsk for sale to marine parks overseas.

In a letter delivered last Monday to the Far East office of the Russian Federal Service for Overseeing Natural Resources, 25 scientists noted that such captures are highly stressful to free-ranging orcas, leading to injuries, deaths, fractured social networks within pods and potential long-term population declines.

According to recent media reports, Russian prosecutors are now investigating why 90 belugas and 11 orcas have been confined since the summer to tiny enclosures, dubbed “whale jails" by local activists, off Russia's Pacific coast in the city of Nakhodka near Vladivostok. It is believed that many of the belugas and all of the orcas will be sold to Chinese aquariums. Some of the belugas may go to Russian aquariums.

“These whales are being captured before Russian authorities complete an environmental assessment to determine whether such actions are sustainable,” said Dr. Naomi Rose, marine mammal scientist for the Animal Welfare Institute. “Aside from poor management practice, captures are without a doubt traumatic and harmful to the whales taken and the family members they leave behind. The science is in on this, but Russian authorities are ignoring it.”

This year, the total allowable catch (TAC) for free-ranging orcas in the Sea of Okhotsk is 13. Orcas killed or injured during capture attempts are excluded from the quota. Typically, capture operators have taken an average of 20 belugas a year for the live trade (up to 80 over the past 18 years); 90 is unprecedented.

Several countries have passed domestic laws banning live captures of cetaceans in their waters as well as imports and exports. International wildlife law, however, does not prohibit such captures and only requires that the live cetacean trade be monitored. Russia and China have been conducting a brisk trade in belugas for years and, since 2013, an expanding trade in orcas. Neither country’s domestic law has safeguards to protect the conservation status of cetacean populations or the welfare of individual whales.

While Russian government officials are busy preparing a post-hoc environmental assessment for the capture of free-ranging orcas in Russian waters, the scientists urged them to stop issuing TACs for future live captures of orcas.

This news is a total 5963 time has been read
Tags: russia, whale, dolphin, orca, biologist