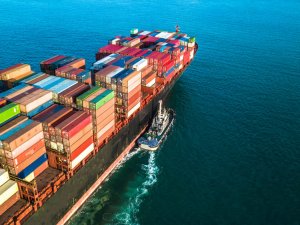 The container shipping industry could lose as much as $23bn this year from reduced demand in the wake of the coronavirus pandemic.

Demand for unitised shipping services is set to nosedive as a result of the economic devastation wrought by large swathes of the world forced into social lockdowns.

Research today from liner analyst SeaIntelligence Consulting reports that the best carriers can hope for this year would be a 10% decline in container volumes, compared with 2019.

SeaIntelligence Consulting chief executive Alan Murphy added: “In this case, their profits would decline by $6bn, compared with 2019, and cause the main carriers combined to lose $800m in 2020.

“In the worst case, carriers will see freight rates decline to the same degree experienced during the financial crisis in 2009. In this case, the main carriers will collectively lose a staggering $23bn.”

Mr Murphy explained that the fear of an equally steep decline in freight rates was behind the enormous service blanking programme underway at virtually every shipping line.

In the past week alone, voided sailings on the three main deepsea east-west trades shot up from 45 to 212 through to the end of June, with the Asia-Europe trades bearing the brunt of the capacity cuts.

By way of example, in a customer advisory released this morning, CMA CGM announced that the Ocean Alliance had pulled a further 11 North Europe-Asia sailings from its schedule between weeks 17 and 24.

And on the westbound Asia-Europe trade, Mr Murphy said the next four weeks would see weekly capacity drop by 29-34%, in comparison with the year before, principally because carriers were doing anything they could to shore up freight rates – which so far have remained relatively resilient – and which might suggest further blankings lie ahead.

“It is therefore clear that the capacity reductions should be seen as an effort to prevent a catastrophic drop in rate levels. The cost savings are also important, as they too are measured in the billions, but pale in comparison to the impact declining rate levels will have.

“Hence the development in freight rates will be important in the coming weeks, as that will determine the degree to which we will see even more aggressive capacity reductions,” he said.

This news is a total 698 time has been read
Tags: containerships, coronavirus, TURKISH MARITIME NEWS