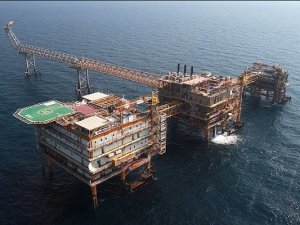 Chinese oil company CNPC has withdrawn from Iran’s flagship hydrocarbons project in a further blow to the Islamic republic’s economy, which has been hammered by US sanctions.

He did not clarify when the Chinese group had made its decision or the reason for it. Iranian analysts said CNPC abandoned the project because of US sanctions and concerns over its interests in America, but Iran’s oil ministry said it could not provide further details.

The US has imposed punishing sanctions against Iran since President Donald Trump last year withdrew from a 2015 deal intended to curb the Islamic republic’s nuclear ambitions. In recent weeks Washington has stepped up its policy of “maximum pressure” on Iran’s energy industry.

Last month it placed sanctions on two subsidiaries of China’s state-backed shipping giant Cosco for their alleged involvement in handling Iranian crude. It was one of the first US actions against a major state-backed Chinese entity. The move sent rates for chartering many oil tankers sharply higher, as international oil traders can no longer use the 40 or so tankers connected to the Cosco subsidiaries without risking falling foul of Washington.

Iran’s quasi private-owned “Petropars Company will be the only one which will continue development of this phase [of the gas field],” Mr Zanganeh said, according to domestic press. “We wanted to lure foreign investments for this project . . . and Petropars was supposed to learn from these companies.”

Iran’s oil exports — the main source of foreign currency for a country of 80m people — have plunged from a peak of about 2.8m barrels a day in May last year to perhaps a few hundred thousand. Oil and gas development projects have made only sluggish progress under local Iranian companies.

Iran had pinned high hopes on China continuing as its largest customer for crude and on it helping develop oil and gas sectors afflicted by ageing infrastructure and delayed expansion schemes.

Total’s 2017 deal to develop Phase 11 of South Pars was the first major contract to be signed with a western oil company in more than a decade. Under that agreement, the French group owned just over half of the project while CNPC had a 30 per cent stake. Petropars held the remainder. When Total left, Iran said CNPC would take over its share. Iran’s elite Revolutionary Guards — which have developed a business empire over the past three decades including in oil and gas projects — has long shown interest in taking over South Pars projects. Hardline forces had opposed the French involvement in South Pars and argued that the guards’ companies could develop the Phase 11. “Petropars definitely needs Iranian partners to implement the project which can include the guards’ companies,” said an Iranian analyst. “The guards is one of the few wealthy institutions which can finance the project.” Additional reporting by David Sheppard in London

The chance to win a stake in South Pars, which Iran shares with Qatar, was seen as a major prize for international energy companies after the 2015 nuclear deal was signed, loosening western sanctions on Tehran.

This news is a total 1756 time has been read
Tags: Chinese oil company CNPC, phase 11 of South Pars, CNPC , US sanctions.