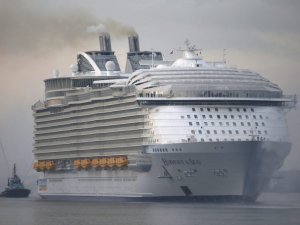 The Cruise Lines International Association has bumped up its passenger predictions for 2016 after numbers showed that the industry surpassed its 2015 passenger projections.

According to CLIA, the industry reported a total of 23.2 million passengers on ocean cruises globally in 2015, up from a projection of 23 million, and a 4-percent increase over 2014. As a result of steady year-over-year increases, CLIA has modified 2016 expectations and is now predicting 24.2 million travelers will set sail on ocean cruises around the world.

A statement from CLIA says the numbers show that the industry is stronger than ever, coming during a period where pretty much every other maritime sector is struggling.

“The success in 2015 demonstrates the cruise industry’s continued strength in the overall travel sector,” said Cindy D’Aoust, president and CEO, CLIA. “This is a direct result of the amazing work and commitment of our community of Cruise Lines, Executive Partners and Travel Agencies and Agents. Plus, with the highest satisfaction rates among all leisure travel segments, it reflects that a cruise vacation is the vacation of choice for travelers around the world.”

CLIA says that Much of the industry’s growth can be attributed to emerging regions of the world, particularly in Asia and Australia.

“When looking at the travel industry, cruise travel has astonishing long-term growth potential since it represents only two percent of the total leisure travel market, has the highest satisfaction rates among global travelers and is growing in popularity,” CLIA said in a statement. “In fact, according to the United Nations World Tourism Organization, in the decade between 2004 and 2014, global cruise vacations have grown faster in popularity than land-based vacations by a 20-percent margin.”

Of course this growth has not gone unnoticed by cruise lines, with new ship orders from just about every major cruise company such as Carnival and Royal Caribbean. In 2016, a total of 27 new ocean, river, and specialty cruise ships are scheduled for delivery, according to CLIA figures.

This news is a total 4681 time has been read
Tags: Booming Cruise Industry Reports Better-Than-Expected Passenger Numbers in 2015