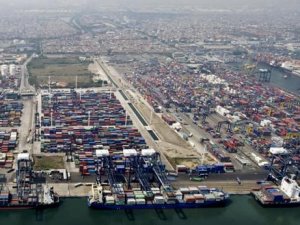 The terminal will be developed and operated by the newly established project company PT New Priok Container Terminal One (NPCT1).

The need for the terminal stems from dramatic economic growth accompanied by a rapid increase in container traffic in the Republic of Indonesia.

Jakarta’s Tanjung Priok Port being the most important and largest port in Indonesia, handling the majority of Indonesia’s international container traffic, is the best location for the terminal, according to the project developers.

The new terminal will have an annual handling capacity of approximately 1.5 million twentyfoot equivalent units (TEU) of containers, an overall berth length of 850 metres, and a 16- metre draft upon completion, allowing the terminal to accommodate the advanced mega container vessels plying the oceans today.

NPCT1 is also planned to incorporate solutions aimed at efficient reduction of emissions, and energy conservation as a “Green Terminal” by exploring the use of environmentally friendly facilities such as “cold ironing”.

” Together with its partners, Mitsui, NYK Line and IPC, PSA will leverage on its global expertise and experience in operating container terminals worldwide and in training skilled port professionals to develop NPCT1 into a worldclass facility to support Indonesia’s growing economy and facilitate the expanding maritime trade,” a joint statement from the developers said.