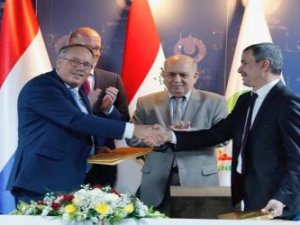 Dutch maritime company Boskalis has signed a deal with Iraq’s oil ministry related to the construction of a new export terminal in the country.

According to the Iraqi government, the contract was agreed with an aim of diversification of shipment routes, as well as increasing Iraq’s export capabilities.

Namely, Boskalis’ Memorandum of Understanding with Basra Oil Company (MOC) would see the Dutch firm construct the country’s largest industrial island for exporting crude oil in the offshore area in the Persian Gulf.

The initial phase includes preparing detailed studies for the construction of the island within one year. After that, the implementation of the work would be launched, a phase that is scheduled to last for two years. The entire duration of the project is 3 years.

The project would provide Iraq with greater flexibility in the process of exporting and loading oil tankers, in addition to raising the storage and export capacity of southern ports. It includes the construction of 4 loading berths, a breakwater berth and two offshore pipelines.

This news is a total 1639 time has been read
Tags: export, Iraq, Oil Terminal, Tanker.