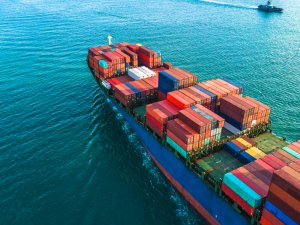 Notwithstanding a significant decline in container liftings as a consequence of the global pandemic, ocean carriers have confounded the dire predictions of analysts with their more optimistic outlook for earnings.

Sea-Intelligence, which only a few weeks ago predicted a worst-case annual loss for the liner industry of $23bn, said that, based on its remodelling, the carriers could potentially achieve a profit for the year “in excess of $9bn”.

The consultant said there were now two scenarios, depending on the continued discipline of the carriers.

“If the carriers maintain the current rate levels, they stand to have a profit in excess of $9bn in 2020,” said Sea-Intelligence CEO Alan Murphy.

However, Mr Murphy added a caveat that should the carriers resort to their old habits of grabbing market share and spurring the start of a rate war, “they stand to lose $7bn”.

Sea-Intelligence co-founder Lars Jensen commented on his LinkedIn platform today that it [rate discipline] was “a notion many in the industry did not believe in, as carriers had historically always started a freight war when ships cannot be filled”.

“Two and a half months have now passed and the carriers have not only maintained rate levels, they have increased them significantly, despite low volumes and plummeting fuel prices,” said Mr Jensen.

Mr McCown, who has predicted a cumulative “worst case loss of $15.9bn” for the liner industry this year, said the new-found discipline of the carriers was a “departure from decades of history”.

“Only time will tell if this is a permanent change in industry DNA or a spike before returning to their old habits,” he said.

Last week, Maersk followed Hapag-Lloyd and CMA CGM with its updated guidance of a better-than-expected result for Q2.

“Despite an expected drop in demand due to Covid-19 during the second quarter, I am pleased that we expect to deliver operating earnings slightly above our operating earnings in the first quarter,” said Maersk CEO Soren Skou, adding that earnings in Q2 were anticipated to be higher than for the same period of last year.

Nevertheless, this is still a substantial reduction in carryings and, without the aggressive blanking strategy and rate discipline that has been maintained across the industry, would normally be expected to result in heavy losses for the liners.

However, the judicious approach by carriers in overcooking capacity reductions has driven up freight rates sharply on the main east-west tradelanes with shippers scrambling for space to meet pent-up demand as Covid-19 retail shutdowns start to be relaxed.

For example, Friday’s Shanghai Containerized Freight Index (SCFI) saw the Asia-US west coast spot rate at $2,669 per 40ft, a massive 93% higher than recorded by the SCFI for the same week a year ago.

On the Asia-Europe routes, the SCFI recorded a rate for North Europe of $886 per teu, up 24% on the year before, while for Mediterranean ports there was a year-on-year increase of 30%, to $949 per teu.

This news is a total 1755 time has been read
Tags: containerships, coronavirus