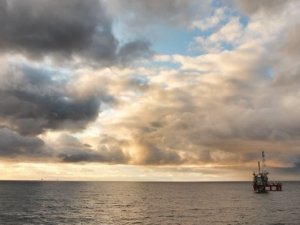 BP has reduced its expectations for the average price of energy over the next three decades, cutting its long-term forecast for Brent by 27 percent and for Henry Hub gas pricing by 31 percent compared with its previous baseline prediction.

"With the COVID-19 pandemic having continued during the second quarter of 2020, BP now sees the prospect of the pandemic having an enduring impact on the global economy, with the potential for weaker demand for energy for a sustained period," the company wrote. "As a result of all the above, bp has revised its long-term price assumptions, lowering them and extending the period covered to 2050 so that it is now consistent with its ambition horizon."

The new targets are $55 per barrel for Brent and $2.90 per mmBtu for Henry Hub gas futures - price level that the firm sees as "broadly in line with a range of transition paths consistent with the Paris climate goals." BP has also revised its carbon prices and now expects to include a price of $100 per tonne equivalent of CO2 in 2030.

These downward revisions mean that BP places a lower value on its oil and gas reserves, and it will take related impairment charges and write-offs in the second quarter. The firm estimates the range of the one-time charge at about $13 billion to $17.5 billion post-tax - its largest writedown in a decade.

Given that lower oil prices would affect the breakeven calculation for E&P decisions, BP is reviewing its future development plans for some of its oil and gas exploration portfolio. This implies that further writedown(s) could be ahead as BP reassesses the value of the intangible assets on its books.

“In February we set out to become a net zero company by 2050 or sooner. Since then we have been in action, developing our strategy to become a more diversified, resilient and lower carbon company. As part of that process, we have been reviewing our price assumptions over a longer horizon," said BP CEO Bernard Looney in a statement. “So, we have reset our price outlook to reflect that impact and the likelihood of greater efforts to ‘build back better’ towards a Paris-consistent world. We are also reviewing our development plans."

The news comes shortly after BP announced that it will be laying off 10,000 employees (about 15 percent of its total workforce). The cuts will be concentrated in senior office staff positions.

This news is a total 1924 time has been read
Tags: BP Lowers Oil Price Forecast, Announces $13-17B Writedown