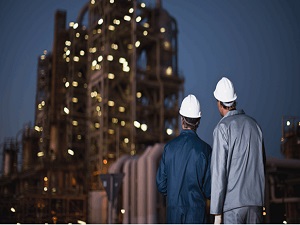 BP Plc's trading arm on Friday entered a tolling agreement with the owners of an idled oil refinery in St. Croix, U.S. Virgin Islands, cementing plans to bring the plant back online six years after it was idled by previous owners, the company said.

Under BP's tolling agreement with Limetree Bay Refining LLC, owner of the idled Hovensa refinery, BP will supply the facility with crude and sell its products, low-sulfur fuels that will meet an International Maritime Organization mandate in 2020, it said in a statement.

BP declined to comment further. Limetree did not respond to requests for comment. Limetree, owned by private equity firm ArcLight Capital Partners LLC, is investing $1.5 billion to bring the Hovensa refinery, one of the largest such facilities in the world, back online by late 2019, with plans to process 200,000 barrels per day (bpd).

It aims to produce low-sulfur fuels that satisfy the International Maritime Organization rule calling for large vessels to switch by 2020 to fuels containing no more than 0.5 percent sulfur from 3.5 percent. The rule is widely expected to spur new demand for the distillates the refinery would produce.

Limetree's facility has more than 1,100 construction workers on site and has brought online 25 million barrels of crude storage capacity.